Forres is a beautiful town in Moray, famed for its award-winning floral displays. It is steeped in history, and features the tallest Pictish carved standing stone in Scotland, and is the ancient home of the real Scottish King Macbeth. 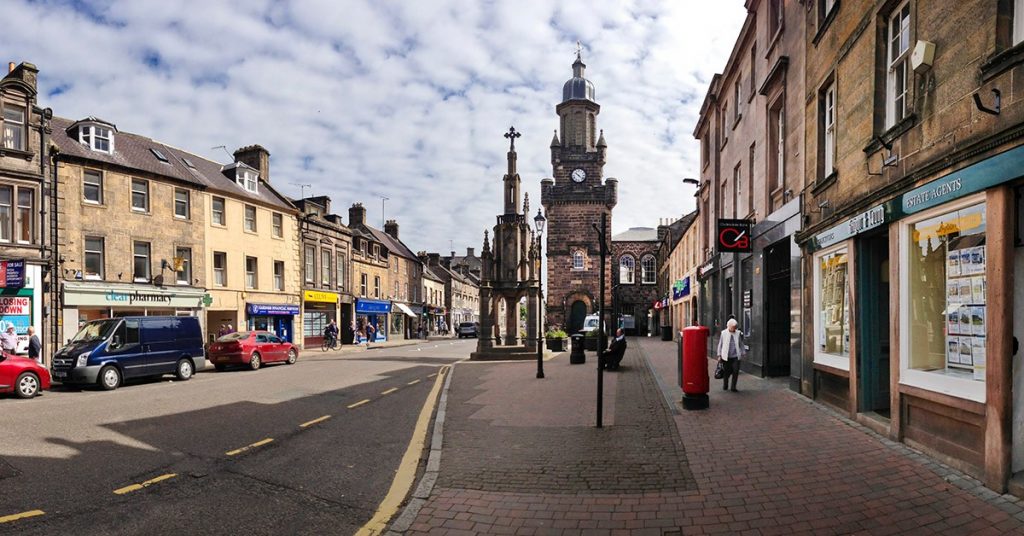 Forres has a 900-year-old high street, built around the Tolbooth you see in the picture. It has a wide range of independent shops and businesses.

Varis Apartments are just off the high street, only 100m away from the nearest bus stop.

Nearby Findhorn is a lovely little village on the edge of Findhorn Bay Local Nature Reserve.

Speyside is home to the only Malt Whisky Trail in the world and has the most concentrated collection of distilleries of any region in Scotland. Benromach Distillery just outside the town is the nearest and is open to the public.

The coastline is split between rugged cliffs and massive sandy beaches. It is recognised by National Geographic as one of the top ten coastlines in the world.